This is what Jim Clark had to say after the jump
"The car went on the limiter on the crest and thats 220 KPH! When we landed we were both winded and the shockers burst thats what caused the fire, the boot and rear quarters are bent down about 6 inches Never again i am in so much pain today. Apparently the record lenght jump set on a rally is 57 metre`s we must of been close to that? .... and he later added this: "It was one small step for mankind" They say no "pain no gain" and this is true cos i am going to gain a canny bill for the repairs. The bottom line is we are both going to recover and thats all that matters Thumbs Up!! On a lighter note; when i was in A+E the doctor came in and asked what had happened. I explained it went like this; I was doing 220KPH down the road, he said what type of road, i said single track back road.Then i took off on a jump and flew 60 metres and landed heavily... He said "your in te wrong hospital mate the mental hospital is 5 miles up the road
Racing is life, anything that happens before or after is just waiting.

João M Rosa Escreveu:He said "your in te wrong hospital mate the mental hospital is 5 miles up the road 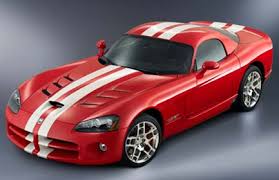